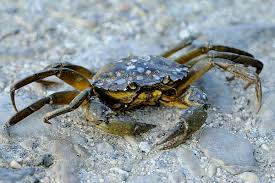 Do you know that in Venice and its region Green Crab has 5 different names?

Masaneta that indicates the female crab filled with eggs.

Do you know what moeche are?

They are crabs that live in the Venice lagoon but they become ‘moeche’ only for a few weeks. In the first days of Fall and Spring, the crabs moult, leaving their old shell and building a bigger one to allow them to grow. In those days, before the shell starts to grow, the crabs are soft and can be eaten.

The expert fishermen of this process are called ‘moecanti’. 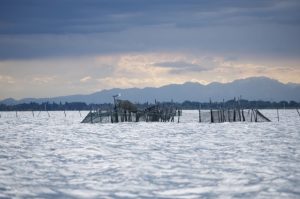 trap on the end, the ‘nassa’. Once the crabs are collected, the moecanti make a careful choice.

Based on the growth of the shellfish, the crabs will be selected or thrown again into the water to allow them to grow further.

The crabs ready to become moeche, the so-called “spiantani” and “gransi boni” (the crabs that are becoming “spiantani”) are thrown into a woodden box immersed in the lagoon. Every hour or two, the fisherman collects the moeche and lets the spiantani in the box for the next time.

Once ready, moeche are sent to the market!

The most common way of preparing moeche is deep fried. 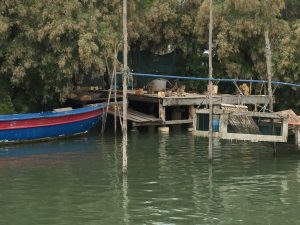