There is nothing sparkling in the Cansiglio Forest. Everything is deep, quiet, almost religious. Time seems frozen there. You can feel the presence of ancient people, animals and plants. 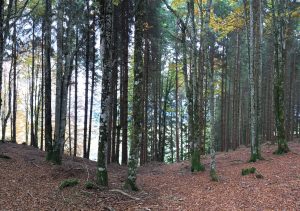 The last time we went there with Claudio it was Fall. Maybe the best moment to visit this area located in the North East of Italy among the provinces of Treviso, Belluno and Pordenone.

The first written testimony in which Bosco d’Alpago is mentioned (as it was then called the Cansiglio forest) is a document of the year 923 aC but the human presence is known from Prehistory.

But it is during the Venice republic that the forest obtained a great importance for its wood. The nickname of bosco dei remi, wood of oars comes from this period. The beech woods was used by the ‘Most Serene Republic’ to build the rows for her ships and boats. 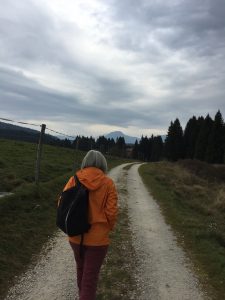 When you walk, you are struck by the beauty of its forest, strongly characterized by the presence of this beech trees, often very tall and with columnar trunks. Protected by the high branches, there is a great variety of species that make the forest a rich ecosystem. The floristic heritage of Cansiglio aroused deep interest in botanists since the first half of the Eighteenth Century.

Hunting is banned in the area and at dusk, if you are patient and quiet, you can observer the roe deer and the deer  as well as of the lynx, the fox and sometimes the brown bear. Smallest animal like the hare, the marten or the badger are more difficult to spot.

And if you look up in the sky you are maybe lucky enough to catch the sight of golden eagle or at night the tawny owl, the pygmy owl, the boreal owl and sometime the eagle owl. 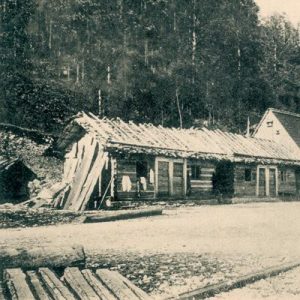 The people who have been living in Cansiglio for centuries are the Cimbrians, a population arrived from the North of Europe and settled here. A first wave settled in the 10th century, then the population augmented considerably during the Venice Serenissima where they become experts working and harvesting the wood. Now there are only a few small villages left where the inhabitants are mostly people spending their holidays here but the little houses and the narrow paths of the villages still worth the visit.

Ready for an adventure in this amazing area? Contact us

And here some usuful links:

Museum of Man in Cansiglio