The 25th April is Liberation day in Italy but it’s also the feast of St. Mark the patron of Venice.

This is a very participate feast for all Venetians and there is a strong tradition called “the feast of Bocòlo”. 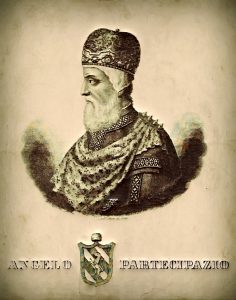 During Republican times, it was tradition that on April 25th (St Mark’s holy day) a red rose blossom be offered to one’s beloved, as a token of love. The tradition allegedly started with Maria, daughter of the Doge Angelo Partecipazio, who fell in love with young Tancredi. The relationship was not supported by Maria’s father, who would not allow her to marry Tancredi. Maria asked her young beloved to join Charlemagne’s army and go fight the Arabs in Spain, so as to earn fame and elevate his station.
Tancredi went to war and rose quickly among the ranks. One sad day, French knights under Orlando’s command came to Venice and sought out Maria, bearing terrible news: Tancredi was dead. Struck fatally by the enemy, he had come to rest over a rosebush, and before dying, had picked up a rose, begging Orlando to deliver it to Maria. Maria went mad with grief, and was found dead the following day, the still-bloodied flower on her chest.

Nowadays Venitiens prefer to see only the bright part of this story and every couple exchanges a red rose blossom to express their love.

During this day the sailors of the “Associazione Vela al Terzo” participate to a regatta called Regata del Bocòlo with all the boats decorated with a red rose blossom on their bow. 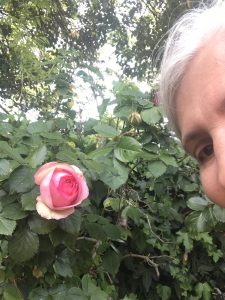