Exploring the abandoned islands of the lagoon: 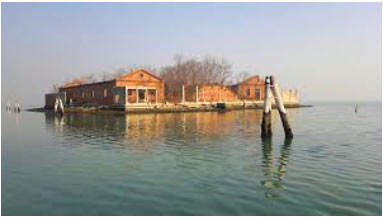 1 – Sant’Angelo della polvere it is located in the central lagoon a couple of miles South-West of Venice. 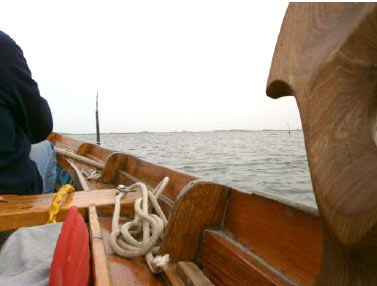 It is an easy journey from Venice and we use to sail there expecially during Winter time for a few hours of nice sailing. We start in the morning on the South side of the bridge that connects Venice to the mainland. It is strange to sail with the lanscape of the industrial area on starboard and the skyline of Venice on port side; it’s like living the present in two different times. Amusing!

Shallow water and canals are the features we encounter during the sailing with a lot of fish jumping at our passage, and some of them end their jump in our boat…a miracolous catch of fish! The nice North-East breeze lets us sail with a comfortable stern wind.

In 1060 a church was built and some years later a Benedectine monastery. After a few years the monks left the place to the nuns and this monastery became one of the most libertine of the area. 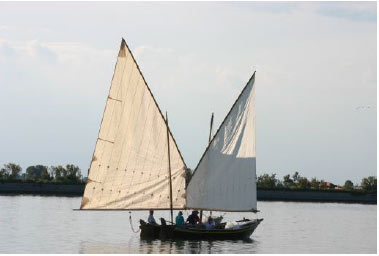 In 1550 the island was converted into a powder keg due to its strategic position and took the name of Sant’Angelo della Polvere ‘Saint Angel of the powder’. A 1689 lightning caused the explosion of the island that was completely destroyed and abandoned.

But at present time we can moor on the protected side of the walled island and stop for a boat lunch with ‘soppressa’, ‘bussolai’ and a cup of ‘raboso’ red wine.

After a strong moka coffee boiled on the camp stove it is time to return home. The wind now is South-East and it is an easy and relaxing sail back to Venice in an astonishing Winter afternoon light.

No other boats nearby, only seagulls and cormorans accompany us during the route; this is a typical break we take in the Venice lagoon! 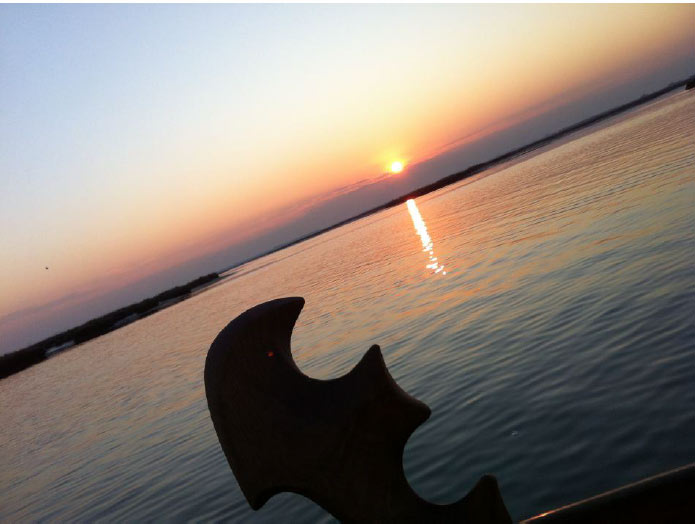