Last week my older daughter was on vacations and asked me to do something with her. She said she wanted to spend some quality time with her mother (yes I know, my maternal proud touched the sky) outside the city, with a bit of nature, a bunch of culture and some good food.


We got into my little blue car and I drove into the countryside while my daughter read out loud for me. Seriously, much better than the radio! 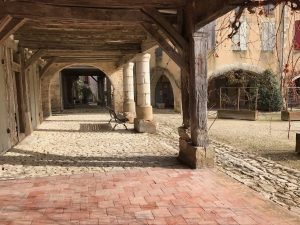 We landed in the Gascony country – called Vasconia ou Novempopulana (inhabited by 9 populations) through the centuries – a region that for literature enthusiasts immediately recalls the glorious and legendary past of d’Artagnan who inspired Alexandre Dumas’ book The Three Musketeers. And who doesn’t know Cyrano de Bergerac, who also lived in the area, and became famous all over the worldthanks to Edmond Rostand’s play of the same name?

Nowadays, it looks like a very peaceful country with an undulating and welcoming countryside, beautiful villages and small towns showing the grandeur of the past. 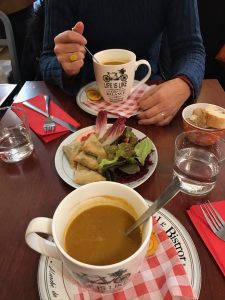 We visited a friend that run a farm with goats and horses, we enjoyed a simple lunch in front of the imposing cathedral of Auch, the capital of the Gascony country, we slept in a B&B that is also a brewery (cheers!) 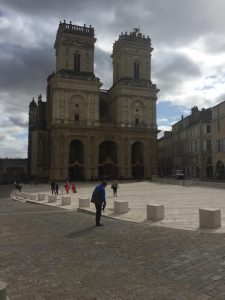