It’s a cold and rainy day. Luckily, the weather is not an issue in the Basque Country. Al least not for me. I love the region, the atmosphere, the people. We arrive in the early morning at Saint-Jean-de-Luz. The little town wakes up slowly, a young girl passes in front of us quickly, using her dog to get pulled with her skateboard.

A waiter put tables and chairs outside the bar for the first clients.

Saint-Jean-de-Luz or Donibane Lohizune, (Saint John of the swamps in Basque language) was build on a vast wetland and became famous – as well as its bigger sister Bayonne – for fishing and its fierce corsaires in the XVI and XVII centuries.

Nowadays the town is a very well known and appreciate tourist destination, with its beautiful coast, the gastronomy and the proximity of Spain.

Our walk lead us to the church Saint Jean Baptiste, a beautiful building with a huge amount of wooden elements.  The first mentions of this church were already found in the 12th century, however, the real construction of the church was in the 15th century. 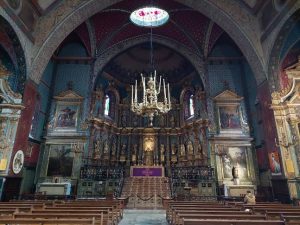 Back in 1660, the end to the bloody war, called of the 30 years, was sealed off in this church with the wedding of the King Louis XIV and the King Philip IV of Spain’s eldest daughter, Marie-Therese, known as L’Infanta.

We cannot leave Saint-Jean-de-Luz without a look to the ocean. Even protected by the small bay, the ocean shows its strength and the noisy of the waves covers the dialogues. Two women walk bare feet on the beach, happily playing with their dogs. 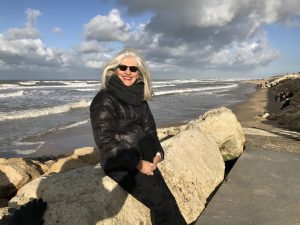 We go back to our car for a short drive to Bayonne.We have a nice lunch on the typical restaurant along the river Nive. The city is busy, families walking in the park of the remparts (the city wall). 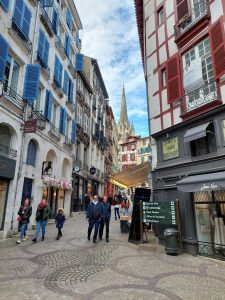 The streets are lively, people wandering around and gathering to have a glass of wine and a taste of cheese or ham. We buy some specialities for our family (Bayonne ham, Ossau Irati cheese from the close Pyrennees farms).  And we cannot leave without enjoying some chocolate, a real must in Bayonne.

Back in the 17th century, Bayonne played a pivotal role in the spread of the cocoa confection through Europe, thanks to its proximity to Spain, where cacao beans were first brought by Spanish colonists upon their return from South America.

We head to Rue Port Neuf, the pedestrian “chocolate street” where many of the town’s oldest chocolate makers have their shops. 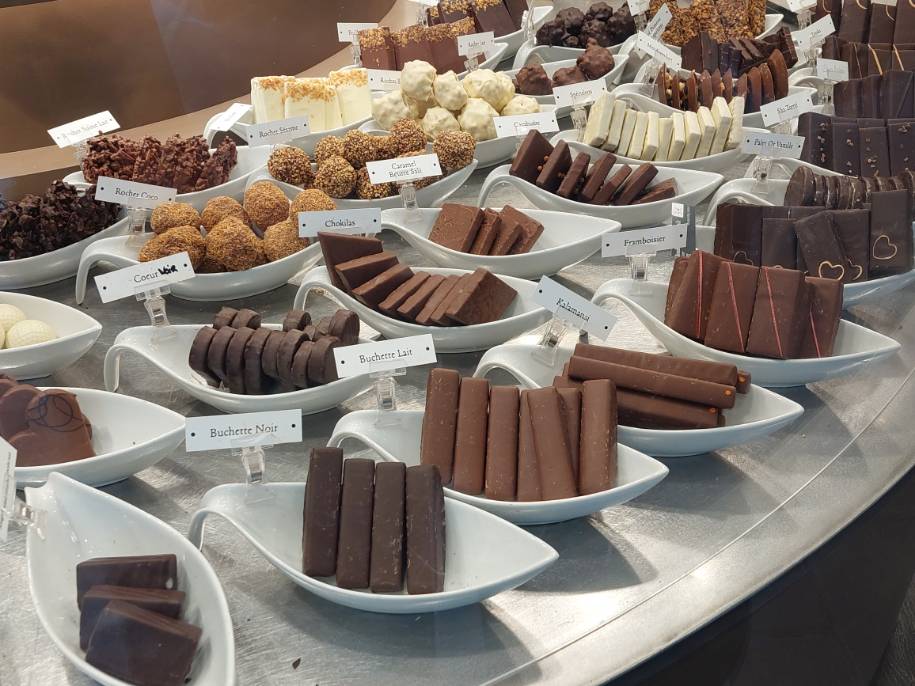 When the time comes to return home, the incredible flavor of chocolate, a mix of sweet, bitter and exotic, stuck with us boosting our energy for the coming week!